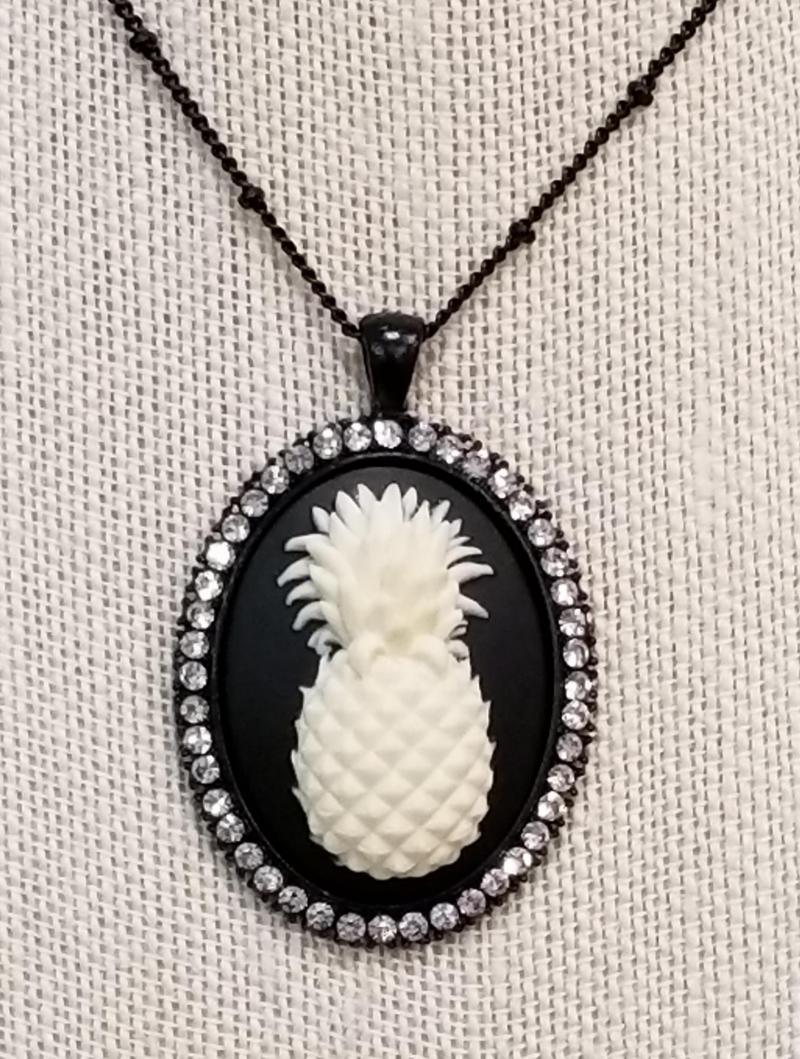 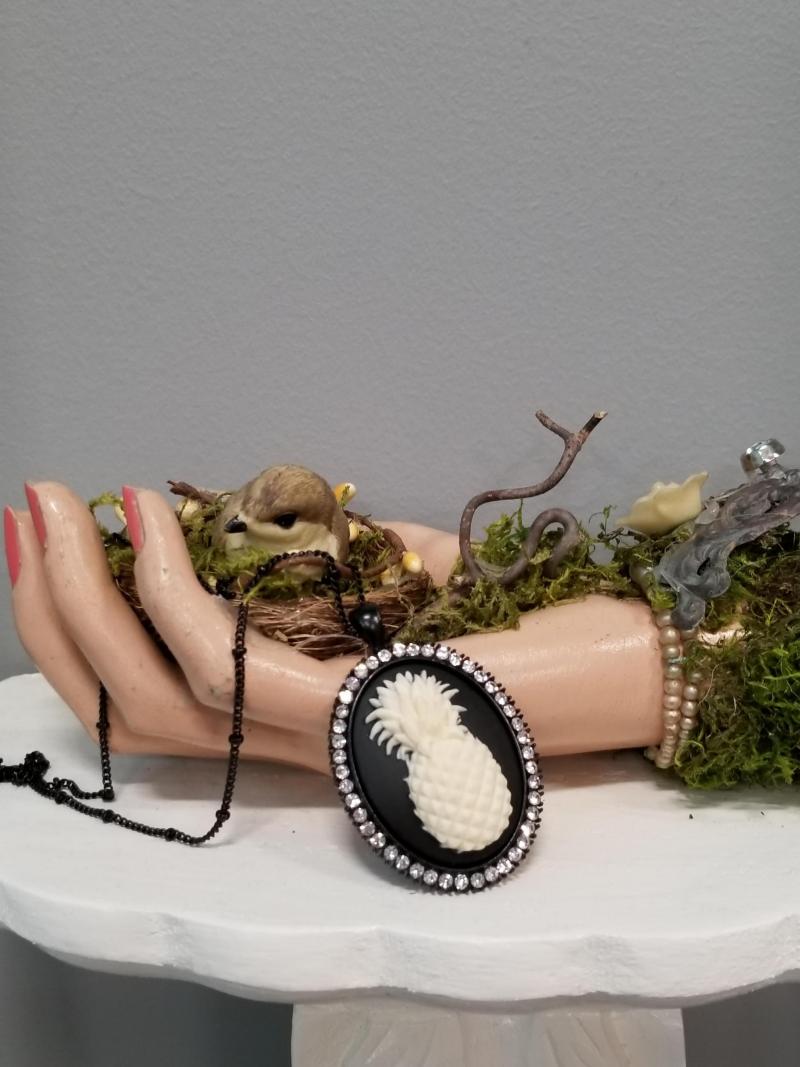 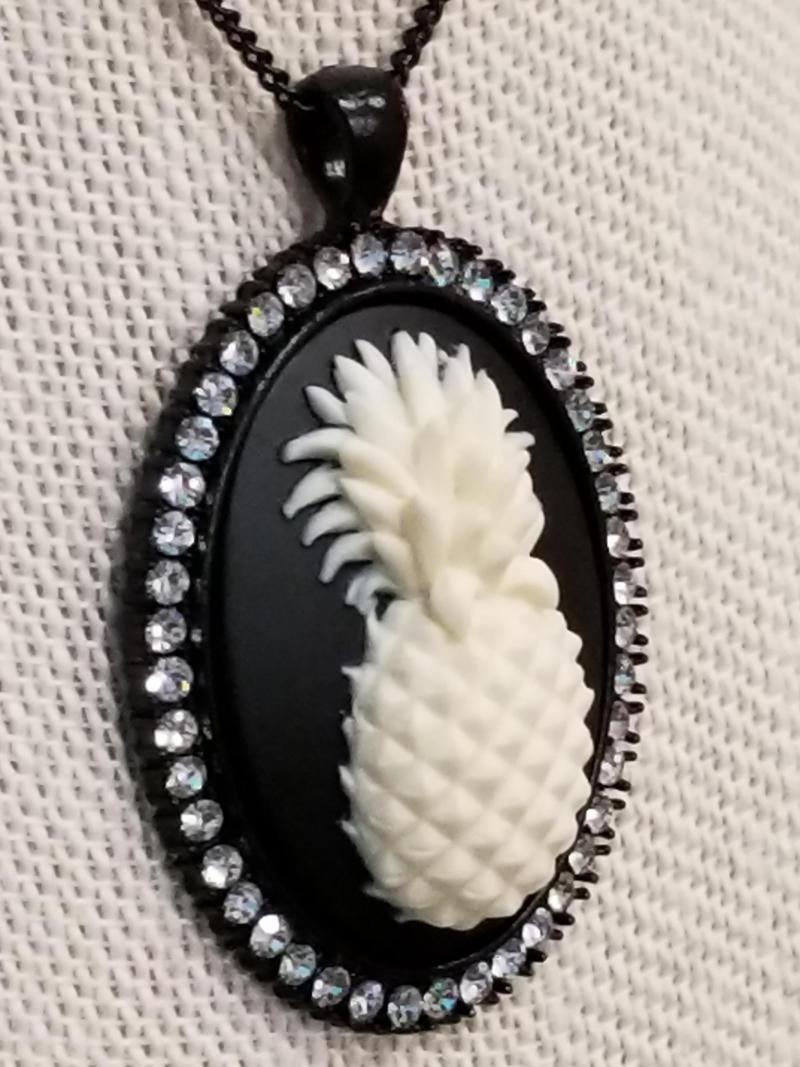 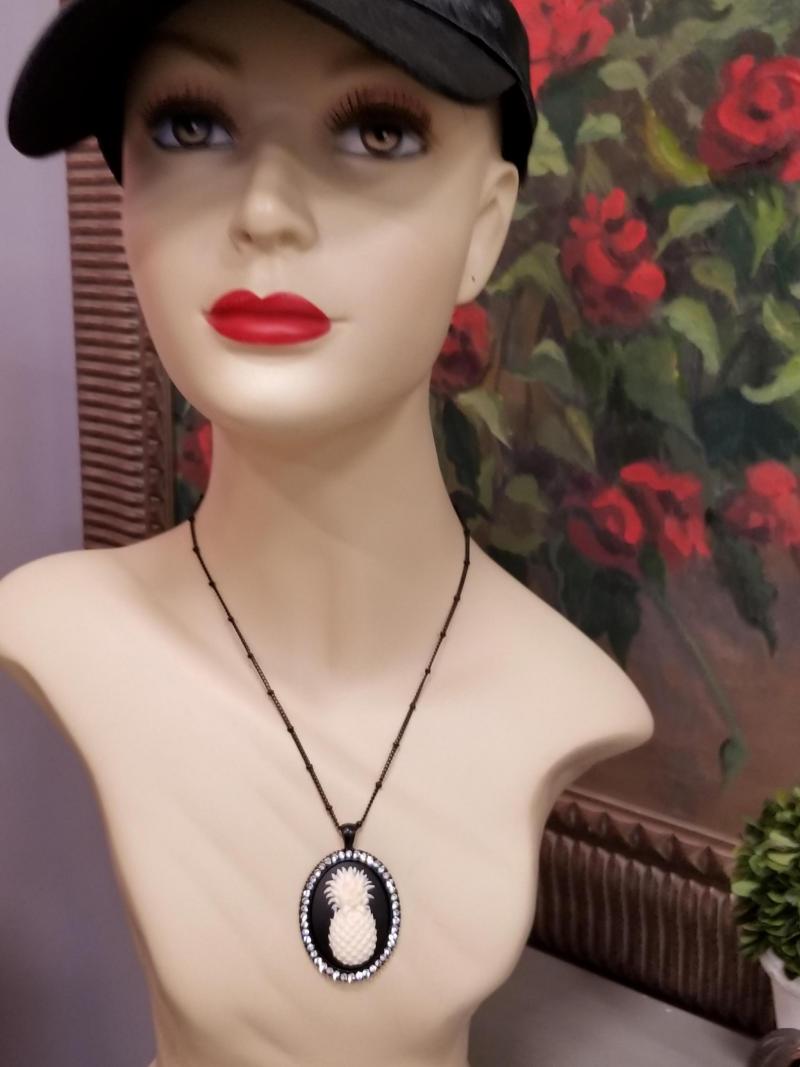 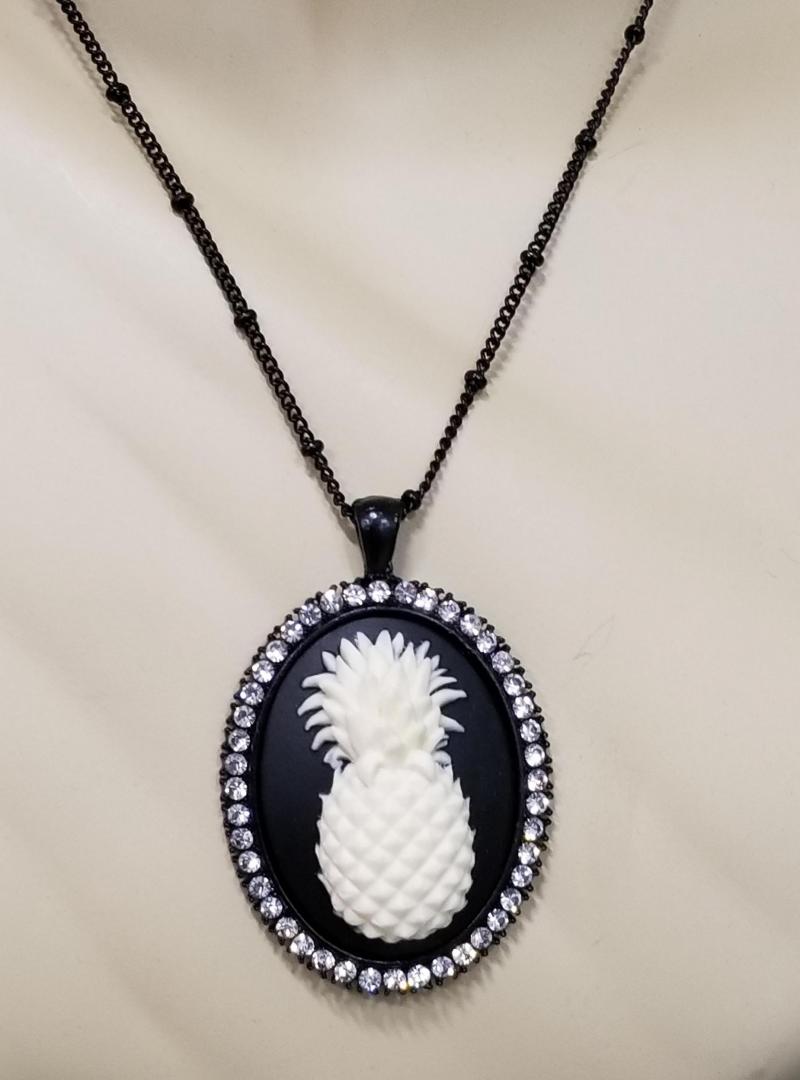 Pineapples were so rare at one point in the 18th century, that people would literally rent one just to showcase it on the table at a party for an insane amount of money.   They were the ultimate symbol of status and wealth, and then later hospitality.   This cool, Victorian style necklace features a faux pineapple cameo planted on a matte black background.  The cameo is nestled inside a beautiful black enamel setting with sparkling rhinestones encompassing the oval border.  This pendant is on a 17 inch black chain with a lobster style clasp. 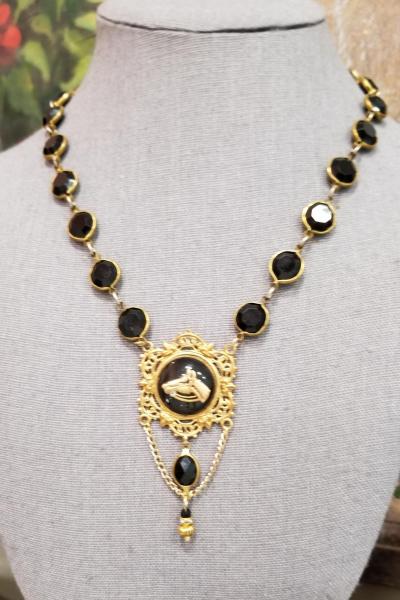 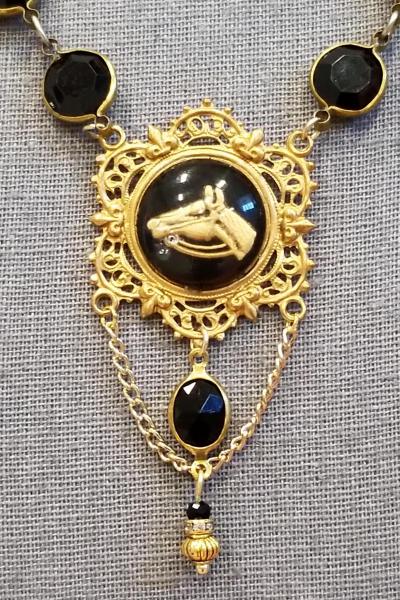 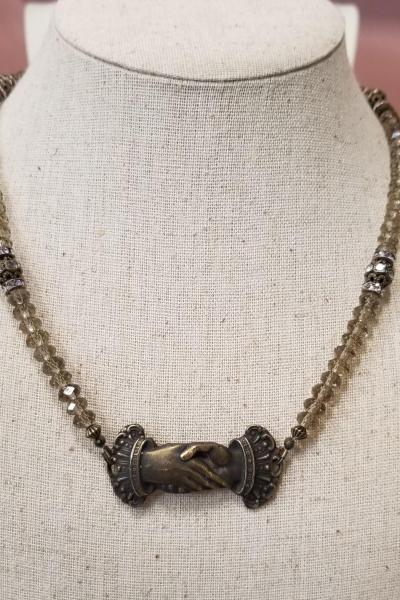 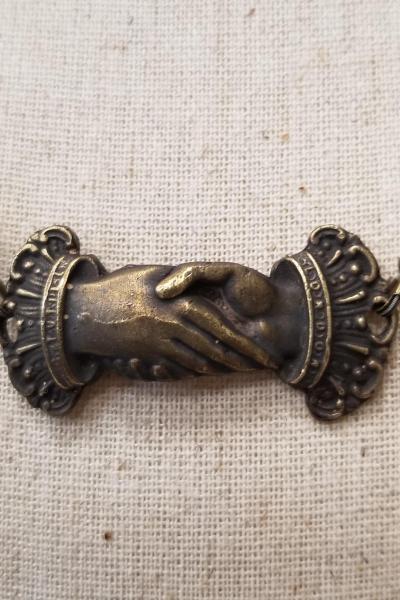 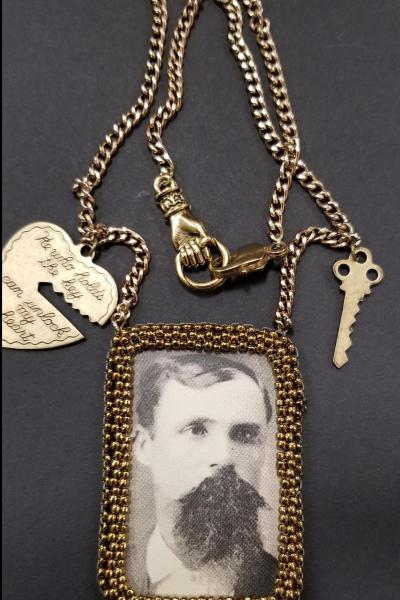 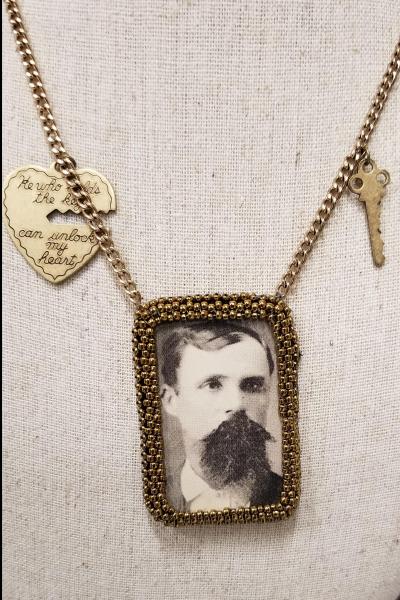